Many months ago, I embarked on the tedious process of buying a house.

My stipulations were basic: The property needed to be in or around the Bristol area, and it needed to have more than one bedroom.  The purpose of the latter was clear; Piglet and I had been roomies since his birth.  There was no getting away from each other.  He had to put up with me, switching on the laptop and working long into the night after he had nodded off, and I had to put up with him attempting to headbutt himself to sleep on my forehead for 90 minutes before he finally did.  I was starting to feel as though he would still be lying horizontally across my bed well into his teens, when doubtless the roles would be reversed, and it would be me trying to headbutt my way out-probably through the wall-as he stayed up all night playing computer games and whatever else teenage boys get up to in the midnight hours.

So when I stumbled across an opportunity to review a child-friendly Mathmos lava lamp, my property search-and apparent success, since I had found a property which matched my specifications-still fresh in my mind, I jumped at the chance, thinking it would be an ideal way to get started on the decor for Piglet’s brand new bedroom, in which he would doubtless settle each night without complaint, with a story, a mug of warm milk and a cheerful bid goodnight to his beloved mother, before drifting off peacefully into the land of nod with not a whimper until daylight, or 9am, whichever was the later.

Well reader, four months into the quagmire of house-buying, and I am no closer to the dream of a bedroom for Piglet and a separate one for me than I was that day.  However, on the plus side, I do have a rather lovely child-friendly Mathmos lamp, which is currently perched precariously on the bedside table, poised and ready for its child-friendliness to be tested at a moment’s notice, when Piglet knocks it to the floor or pours a drink over it, as is his wont.

I have always been something of a lava lamp aficionado.  I purchased my first one as a student back in the late 90s, when the cutting edge of cool was having a disco ball, a fibre optic or best of all a lava lamp with which to entice fellow students back for a drink after a long night studying obscure medieval manuscripts at the library.  It has served me well, and allegedly still exists to this day, although I can’t be sure as it was last seen languishing in a storage facility when I moved out of my flat a year ago, and I haven’t had the opportunity to enquire after its health since.  However, despite being still in good working order, it couldn’t be described as child-friendly, and had to be kept on a very high shelf lest it be disassembled and the “lava” (is that what it’s called?) imbibed by a curious toddler.

The Mathmos lamp, in contrast, is held together with a rather nifty piece of kit (a screw, no less) that is easily inserted with an allen key (don’t you just love an allen key?  It’s a thing of greatness, in both name and concept.  And have I spelt it right?) so fortunately it cannot be easily slipped out and mistaken for a tasty purple beverage.  Good times.  It is also shaped like a rocket, which is clearly brilliant as:

a) Nothing says mid-century futuristic kitsch quite like furniture that pays homage to the space race, and that look is a design classic in my book, and

b) The currently still extant although so far thwarted theme for Piglet’s future bedroom is “Transport.”  Therefore I can basically build the rest of the bedroom around this lava lamp as main feature, since I don’t have any other furniture for it yet.  I’m thinking Star Trek: Deep Space Nine.  I’m thinking floating astronauts on the walls, a mural of the Earth in the far distance, Darth Vader on the headboard.  I’m thinking those things with the heads from Space Precinct.  This bedroom is going to be immense.  As immense as space itself.  Hopefully by the time we actually exchange contracts on the house Piglet will have lost interest in Thomas the Tank Engine and his risible friends, and we can make this epic space-room a reality.

Anyway, I am digressing, with my fantasies of future home improvements.  Hopefully this is not the last you will hear of the Mathmos lamp on this blog, as I will be finding a way to make it a key feature when we finally do have a house, but now it’s over to you, as you can win one of these fabulous pieces for yourself.  The Neo lamp comes in a choice of colours, and there is a choice of silver base or a rather fetching copper, and not only is the lava nailed down, but the whole lamp can be too (which I need to do, once the lamp finds its forever home. Wish me luck). 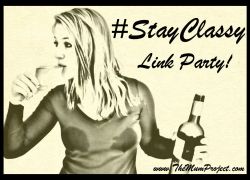